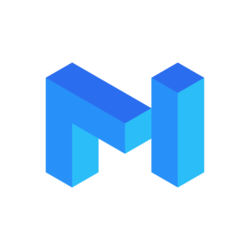 - Strong competition with another scaling solutions

Scaling solutions were always popular in the blockchain industry, but the 2-layer solutions are becoming more popular with the success of Lightning Network on the Bitcoin network.

Matic competes with other 2-layer solutions and other high-TPS blockchains. The closest competitor is POA also focused on scaling Ethereum. POA is already working, but Matic offers higher parameters and functionality (including higher TPS).

Matic has partnerships with Decentraland, Quarkchain, Ankr, Portis, MakerDAO - all are with explanations and rational ground for partnerships.

Potentially, Matic may support other blockchain protocols with its sidechain solution.

Tests indicate that the network will have about 7000 TPS that is enough for users.

Lots of work is already done - mobile app, node design, assets swaps. Also, the project announced external use cases by other team using Matic - mainly in gaming industry. The project has a testnet and even an early version of mainnet (according to announcements). The next step before the sale is launching a Plasma wallet. Mainnet is expected to Q4 2019, Plasma support on mainnet - Q3 2019,

Matic network will be supported by PoS algorithm design, so the circulation supply may be lower than expected. Tokens are rewards for holders and are used as a feed for transactions. Node system is two-layer as well with Block producers (7-10) and Validators (100-200). For TGE ERC-20 token will be used.

Early investors have about 8% of tokens in allocations (70% discount). For TGE on Binance Launchpad, 19% of tokens will be available.
Matic aims to raise 5M USD, so the valuation for Launchpad participants is 26M USD (comparing with 7.89M USD for early investors).
The initial token supply will be limited by only 30% of tokens in circulation. The first strong boost of supply is expected in September-October 2019 by early investors, team unlock. Other supply unlock are expected to be every half-year.

The team includes 12 members (9 focused on tech and 3 on back-end stuff).